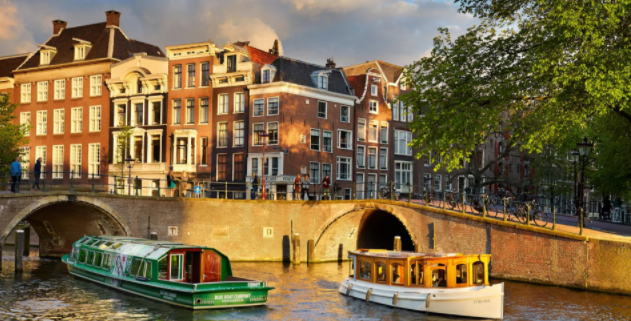 Amsterdam has announced a ban on any new shops aimed at tourists – effectively limiting the abundance of places hiring bikes and selling souvenirs, tour tickets and ubiquitous waffles.

After mounting rage from locals – who wrote collectively to the mayor to protest against the “Disneyfication” of the city centre a year ago – the Dutch capital has decided that no more tourist shops will get licences in the central area.

“Nowhere else in the world has such a decision been made,” said Kajsa Ollongren, deputy mayor. “The balance is missing. We are only getting more of the same, and that is not good for our quality of life.”

It is estimated that there are 280 such shops in the centre, while tourist numbers have increased to 17 million visitors a year in the latest estimates – a tenth of them hosted by Airbnb, according to research by Colliers International.

But while some are making money, not everyone is happy. In May, chief executive of Amsterdam Marketing Frans van der Avert told a tourism conference that the city was aiming to ‘increase the quality of visitors’, rather than hosting tourists ‘with no respect for [its] character.

Amsterdam has put up tourist taxes, and on October 1, a new licencing system was imposed for anyone wanting to rent out their house short term – with fines of at least €6,000 for failure to comply, and a limit of 60 days annually.

The latest ban will apply immediately in the city centre and 40 shopping streets, meaning no new licences will be granted for things like ticket shops, bike rental companies, cheese, doughnut and ice-cream sellers.

“By not allowing new tourist shops to open we make sure our city centre remains attractive and liveable for Amsterdammers and our visitors,” said Ollongren, who heads economic affairs.

“Tourists are very welcome, but we want to avoid mass tourism taking over entire streets and neighbourhoods.”

Janine Fluyt, spokeswoman for Amsterdam Marketing, said the message is not that the city is closed for tourist business, but open to everyone.

“We support this initiative to regulate and co-ordinate the things you can do, see and buy in the city: diversity will appeal not only to tourists but to inhabitants and companies,” she said. “Amsterdam is not an open air museum, but has people who live and work here, so the focus is on balance.”