Actualidad
Home Estrategia empresarial We can revive Britain’s high streets. But developers stand in the way... 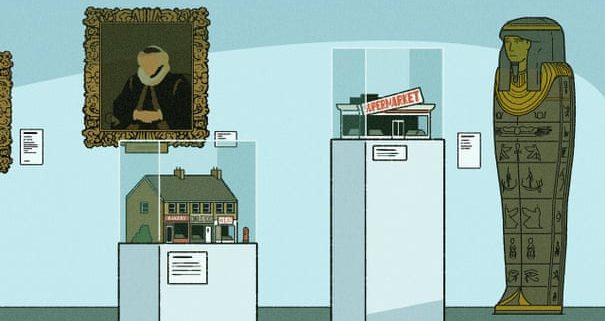 Across the country, imaginative projects are increasing footfall. Yet without radical intervention, they can only do so much

Anyone who has walked down a British high street recently will not be surprised by the latest news on their dire state. A report by the Local Data Company and PricewaterhouseCoopers reveals that chain-store closures are at their highest level since their audit began in 2010. On Britain’s top 500 high streets, 1,234 shops shut in the first half of 2019.

This is the new reality. Former anchor tenants have either sunk (BHS, Toys R Us) or, like M&S, Debenhams and House of Fraser, are shutting stores to stay afloat. At Topshop, New Look and Monsoon, a company voluntary arrangement (financial first aid for ailing brands) is this season’s must-have accessory.

Austerity, business-rate hikes and high rents have compounded the problem but, fundamentally, the rise of online shopping means we are deserting physical shops in a way that, ideally, would demand a complete rethink of the retail core around which towns orbit. Certainly, attempts to save the high street as it is currently constituted seem doomed.

“Showrooming” – people trying on clothes in-store but buying them cheaper online – was briefly touted as the future for physical shops, which would function as “experiential” brand hubs: less shop, more a day out. But the rapid rise of online-only fashion retailers such as Boohoo, Missguided and Asos made that concept redundant. Online fashion sales doubled between 2012 and 2017, by which point online-only retailers owned 40% of that market, says market-research company Mintel. Indeed, the new battleground is online brands versus “serial returners”, who buy-to-try garments then send them back for free, creating what Barclays has dubbed a £7bn “phantom economy”.

Simultaneously, banks are closing branches (as are letting agents, job agencies, post offices), often despite the needs of older, low-income groups. The picture is a bit different in areas without easy access to credit or transport, where out of necessity people still shop locally. There, physical stores are clinging on longer, as landlords hold on to bookies, pound shops, discount food stores, chemists and charity shops (a top five growing sector, reports PwC, bleakly) as a durable source of income.

Overall, however, there are just fewer and fewer drivers of footfall. You cannot get your hair cut online, so barbers – like nail bars, tattoo parlours and tanning salons – buck the downward trend. But we only need so many of these. Greggs and to-go food stores are buoyant; gyms and takeaways are the only sectors showing double-digit net growth, says PwC. But even that feels precarious. Delivery apps are driving growth in the takeaway sector but, if in-person purchases fall, these could quickly migrate to so-called dark kitchens on industrial estates.

“The reality is we may need fewer high streets in the future,” says a PwC spokesperson. “This opens opportunities to repurpose high street space, while [evolving] to meet consumer demand.”

But what will that look like? In 2011 Mary Portas, retail expert and Cameron-era government consultant, lobbied for an anti-clone-town drive to remodel high streets around independent shops. But bar a few niche fashion, gift or record shops, supermarkets marched relentlessly on. The butcher, baker and candlestick-maker now work in Tesco.

Consequently councils and property developers increasingly want to use food and drink to seed regeneration, many inspired by Altrincham’s Market House. In 2010, 30% of Altrincham’s shops lay empty. In 2014, the Market House opened – a communal dining hall of independent kitchens attached to a speciality market – and, since then, a remarkable ecology of bars, restaurants and coffee shops has evolved around it. Footfall has risen sharply, shop vacancy rates have fallen to 9.7% and brands such as JD Sports and Nando’s have moved into the town’s once-failing shopping area.

Market House’s operator, Nick Johnson, a former board member at property company Urban Splash, claims for the £635,000 it cost (£435,000 came from Trafford council, Johnson contributed the rest) : “It has probably delivered the greatest regeneration outputs of any project in 25 years.”

Little wonder councils love the idea: it allows them to cost-effectively reinvent one of the few central sites they still own, the market.

‘In 2014, Altrincham’s Market House opened – and, since then, a remarkable ecology of bars, restaurants and coffee shops has evolved around it.’ Photograph: Mark Waugh/Alamy

There are similar schemes in development countrywide. But it will be tough to repeat Altrincham’s success. First, it is a relatively affluent Greater Manchester town bordering Cheshire; and second, Johnson’s unorthodox curation of some exceptional foodie talent (like the artists on his friend Tony Wilson’s Factory records, none of the Altrincham traders have signed contracts) has provided an X factor that councils and developers will find hard to mimic.

There is also something about both the Portas and Altrincham models of handmade, artisan-roasted regeneration that, at their most crude, feel a bit myopically middle class. Mishandled, it can create silos of gentrification that alienate residents. Craft markets are great, but where does your nana buy a new washing line?

If town centres are to shrink and be redrawn, surely the ideal would be to intermingle viable businesses that attract different kinds of customers (in age and socioeconomic status), much as Trafford’s Stretford Mall is trying to blend hip new businesses into its established tenant mix. That fosters social cohesion but, commercially, there is strength in numbers, too – in making it easy to shop at Quality Save and Boots, Greggs and Stretford’s new Food Hall canteen, as mood or budget permits.

Not that this future should always have a commercial imperative. As town centres empty, there is a generational opportunity to reverse the gross monetisation of our public realm. This is a chance to make the principles of placemaking – creating inclusive public spaces where people can enjoy their leisure time without spending money – a reality. Nonprofit arts and cultural organisations forced out by high rents could, likewise, come back into empty shop units (long-term, not as a temporary gesture by developers), to re-engage local people with these spaces – and without it costing them £6 a pint.

But will any of this happen? The short answer is no. Councils do not have the money or the compulsory-purchase powers to radically intervene. Enlightened developers are rare. The patchwork of smaller private landlords who own peripheral space in town centres need to fill their properties, hence the fact that cool cottage industries tend to flourish there, in pockets. But the remote coalition of global property management, pension and investment funds that owns most shopping precincts or malls is, at best, distantly concerned with the local population.

Even if the retail property market crashes (in January, the Royal Institution of Chartered Surveyors warned unusually of “potential for significant changes in value”), such owners will consolidate, sell property, bulldoze it and redevelop, and if shopping centres can limp on, they will. Under new permitted development rights, closed high street retail units can now easily be turned into residential property.

Where will those new residents congregate? High streets may yet be reborn as the genuine heart of their communities, protected from commercial pressure, but don’t bet on it – and certainly not online.